The Sun being the most massive and most influential of energies, its movement through the Zodiac is unanimously considered as the dates of each Zodiac Sign. Keep in mind that the Earth's revolution around the Sun is the reason Earth changes seasons.

On the date and time of Vernal Equinox, or March Equinox, around 20th-21st March, the elliptic (Sun's annual pathway) intersects the celestial equator, and Sun enters Aries. This date marks the beginning of the spring season in the Northern Hemisphere. 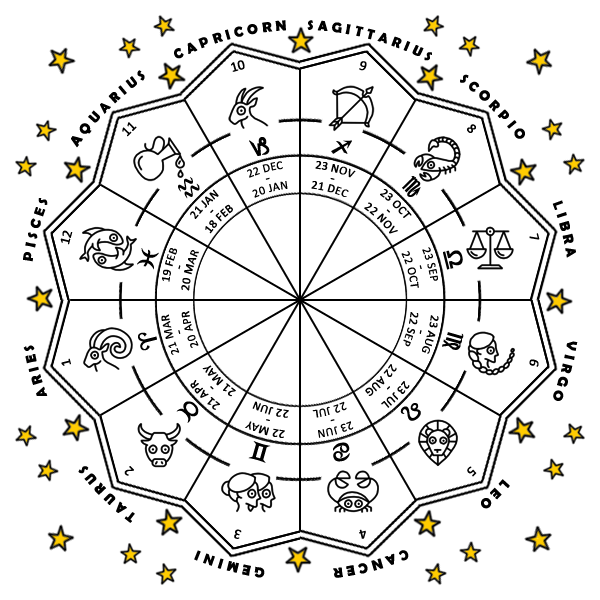 Similarly, on the date and time of Autumnal Equinox, or September Equinox around 22nd-23rd September, the elliptic intersects the celestial equator again, and Sun enters Libra. This date marks the beginning of the autumn season in the Northern Hemisphere.

The chart below is the most widely accepted date ranges for the Zodiac Signs - also known as the Tropical Standard, or the Western/Hellenistic date ranges:

However, the exact date and time of such events are beyond human control and vary from year to year. An ephemeris (which is an astronomical dataset for all cosmic events) should be referred for a particular year's start and end dates for the Zodiac Signs.